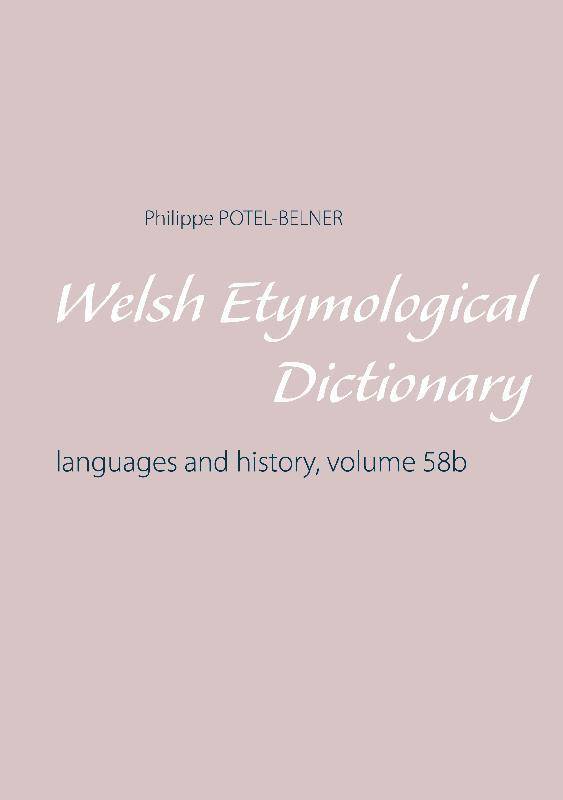 This dictionary refers to current and obsolete Welsh.
First of all, this dictionary refers to a former language, older than Sanskrit or old Persian: this is the former language, originating from a very former religion, born in northwest India around ten thousand years ago.
I have called this language: the Vedic language, because its vocabulary and its mechanisms can be observed in the Rg-Veda.
Briefly: this language is based on the division of the Universe in two parts: day and night. Personally, I have studied this language mainly in Sanskrit, this is a sort of primitive sanskrit, nevertheless I have found help in the Gaulish and Welsh languages.
Through this book, I show many origins and etymologies in French, old French, English, old English, German, Basque, and many other languages that I know fairly well.
Sometimes, unfortunately rarely, I refer to Arabic, Chinese, Japanese or African languages. The analysis of these languages, much closer than one says until now, will be another great phase for a better knowledge of the past.
S'identifier pour envoyer des commentaires.